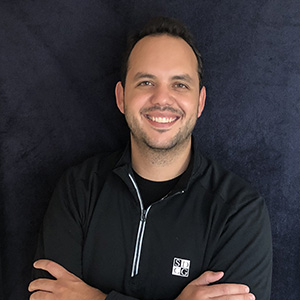 Dr. Nathan Marshall moved to San Diego in 2008 to attend San Diego State University where he earned his Bachelor of Science Degree in Kinesiology with an emphasis in Pre-Physical Therapy. Prior to earning his Doctor of Chiropractic in 2017 from Palmer College of Chiropractic, he spent four years working full time in outpatient physical therapy.

Due to having to deal with his own sports related injuries as an athlete playing football, baseball and golf, Dr. Marshall discovered the fields of physical therapy and chiropractic at a young age. In addition to his graduate studies, he holds multiple certifications in functional movement analysis and extremity adjusting. He has experience with an array of high school, collegiate and professional athletes having spent two years as part of the South Bay Patriots semi-professional football medical staff in San Jose as well as working with CrossFit and Olympic/Powerlifting athletes.

Dr. Marshall enjoys working with his patients empowering them to take an active role in their health helping them get back to doing the things that they love. In his free time, he enjoys surfing, the outdoors, football, craft beer and spending time with his friends and family.

We accept most medical plans, and attorney liens.